The story behind The Attleboro, a true story of sacrifice and honor.

In 1966 the Vietnam War was escalating with operations every increasing. The conventional war was intensifying with the largest battle up to that point in the war looming on the horizon. In III Corps, Tay Ninh Province, along the Cambodian border just northwest of Saigon (now Ho Chi Minh City) Operation Attleboro commenced. Its general goal was to find, then destroy North Vietnamese Army (NVA) and Viet Cong (VC) logistical resources plus any enemy units operating in the area. Attleboro would slow enemy support and infiltration into the Saigon III Corps area. Among this conventional operation was a very unconventional unit, the III Corps MIKE (Mobile Strike) Force, led by an Army Special Forces (SF) Team and manned by ethnic Chinese Nung soldiers. The “Attleboro” is named to honor and commemorate those SF soldiers who fought and died during this operation. We recognized one heroic soldier who during this operation epitomizes the spirit of our knife, Master Sergeant William B. Hunt. His heroic actions during the battle led to several saved lives but in the process causing his wounding then his loss. He was declared missing in action for ten years with the Army declaring a presumptive death in 1976. With this profound history in mind, we bring to you, the “Attleboro”. 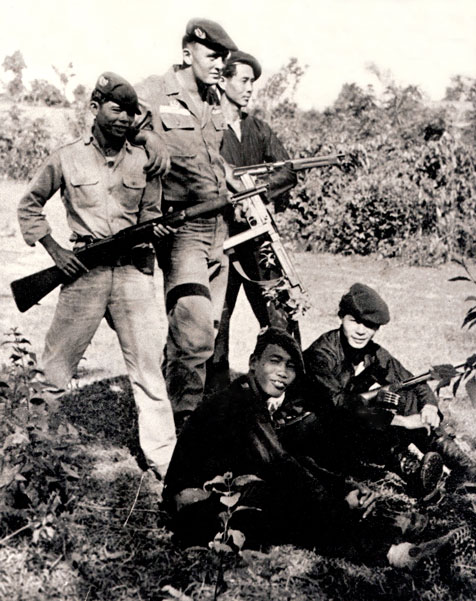