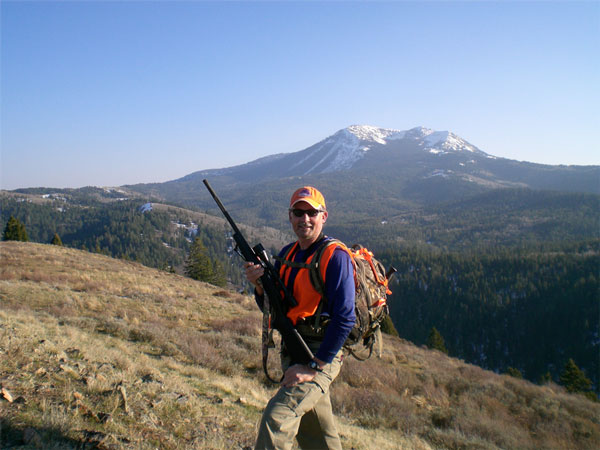 For the last ten years several friends and I have been Elk hunting in the beautiful state of Idaho. This state has been my emotional home all my entire life and it is hard to put into words just how beautiful the state truly is. If all comes together in 2017, this will be our 12th year hunting together. Our chosen hunting location is situated in south eastern Idaho – Caribou Mountain. We hunt a “controlled hunt” area choosing either Bulls or Cows, commonly Hunting between 6000 and 8000 feet in elevation. Generally cows are the chosen target – more of them and taste better anyway. We have anywhere between four and eight hunters in camp at any one time staying for anywhere between ten days and three weeks. Hunting always seems better in a nicely heated walled tent, you can get warm quickly, dry your gear, cook with some comfort and have a cold drink at the end of the day - “drinkin-em-up” (an old Team saying, ODA 096) is easier to recover from. We have two tents, one for sleeping and one for eating, both heated so we’re set.

The only problem with two tents, we need a lot of firewood – that’s where "Slash Pile" (we all have nick names) comes in. He grew up logging with his dad and still thinks he is a logger, yup he has no fear with a chain saw at any angle even though he is a professor now. Sometimes scares the hell out of the rest of us. The core of the group centers around "El Heffe." Seems like he is the one who all of us can draw a link to, kind of like six degrees of Kevin Bacon. He's a former Sergeant in Army Special Forces (SF), Ranger qualified then received an Infantry commission returning to SF as quickly as he could. He was my commander in another life. He is a successful businessman, doing the corporate thing now. “Fubar 2” is my direct hunting partner (I’m Fubar 1) working together every day while we are on the mountain. Our thinking is always the same, he works left I work left, I slow to listen he slows to listen. We went to high school together playing football in Sandpoint, Idaho and have been very close friends since 1979. He throws a football so hard it hurts to catch it. One of those guys who is always upbeat – a great trait to have! “Two Knives” would be the patriarch or our camp. He is a retired Army SF Sergeant Major who spent his combat time with Ranger Companies in Vietnam. Two Knives is our primary camp cook (along with Fubar 2) and general organizer for the group. He has the unique ability to never feel cold even in high winds and snow. His general modus operandi is to peel cloths as he heats up, on at least one occasion going all the way down to his "whitey loosies." They could not really be called whitey tighties at that point and maybe not even all white. "Sky Diver" rounds out our core group. He also spent his tour in Vietnam with Ranger Companies as an enlisted soldier and is SF qualified. I have known him since 1983, when I was interviewed before joining the team as the medic. He was my Executive Officer (commissioning with El Heffe) and I still call him “Sir” about half the time. One of those guys who always has a smile. His only weakness is the cold, sometimes he looks like the Stay Puffed Marshmallow Man with all of his snivel gear on. Some guys come to camp from year to year and are always welcomed creating good stories as they go – Todd, Mark and David.

We were lucky enough to meet a friend on Caribou Mountain (The Trapper) who has been there every year with us. His wife always makes cakes for us, which he brings into camp in trade for beer, dinner and a few good jokes. He was a butcher and has a true way with cleaning an animal. He has hunted on the mountain every year for over 40 years straight without missing a beat. He has become a welcome friend in camp and we look forward to seeing him each year. 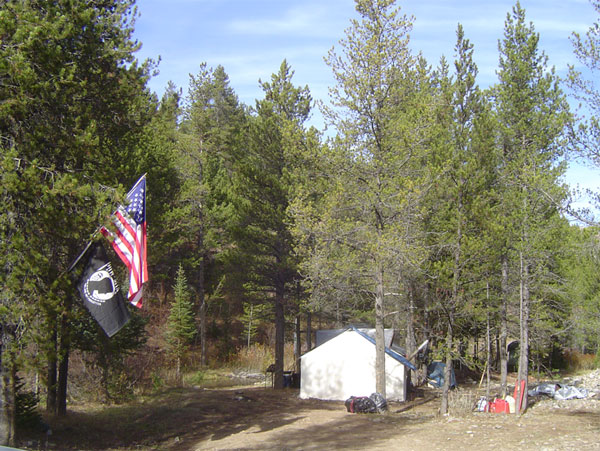 Our camp is named "Camp Balt." My father is Missing In Action from the Vietnam War, Balt was his middle name. We always post an American flag with a POW/MIA flag beneath it. Once the camp is set we toast the hunt then generally have a good toast after each animal we bring to camp. Jamison seems to be the drink of choice lately but it changes from time to time – beer is always a favorite!

All of us have gotten to be better friends over the last ten years and I can honestly say we have never had a cross word between us, not even a little argument. Everyone chips in when needed. They are all the kind of guys who you would want as a judge or teacher, all outstanding fathers and husbands with a spirit that makes you feel like a better person just for being with them.